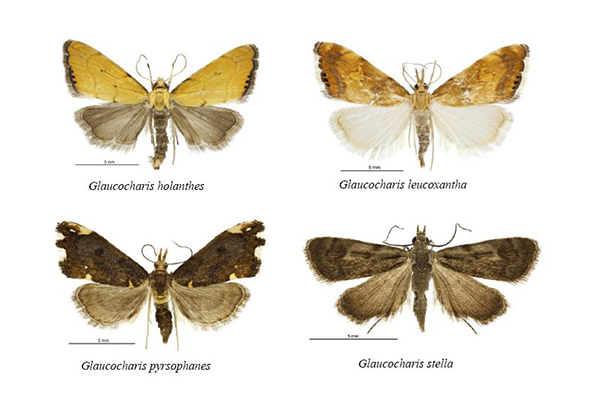 Aotearoa New Zealand has only 30–50 species of butterflies but probably over 2000 moth species. About 85% of these moths are endemic, occurring nowhere else in the world. While most moths are nocturnal, we also have many tiny moths that fly by day, and are not attracted to light at night; there are many that we know almost nothing about.

Dr Robert Hoare, an entomologist with Manaaki Whenua - Landcare Research has recently joined The Centre for Minerals Environmental Research (CMER) team and has published a study of the moths of Mt Te Aroha.

Mt Te Aroha forms the northernmost known location for several endemic species of moths, which are more widespread and common in the cooler South Island and in the southern and central North Island. Examples are the large ghost moth Dumbletonius characterifer and the very small metallic-looking Astelia zig-zag miner, Charixena iridoxa. Species at the edge of their natural range may disappear with future climate warming.

Mt Te Aroha is important habitat for some rare species, for example, the owlet moth ‘Graphania’ prionistis is common whereas it is rare throughout the rest of New Zealand (we do not know the host-plant of this species’ caterpillar so why it thrives here is a mystery). Another elusive moth, the tiny, day-flying ‘salt and pepper fungus moth’ (Eschatotypa halosparta), was found in 2015 near the Tui Mine ‒ only the second locality ever recorded in New Zealand.